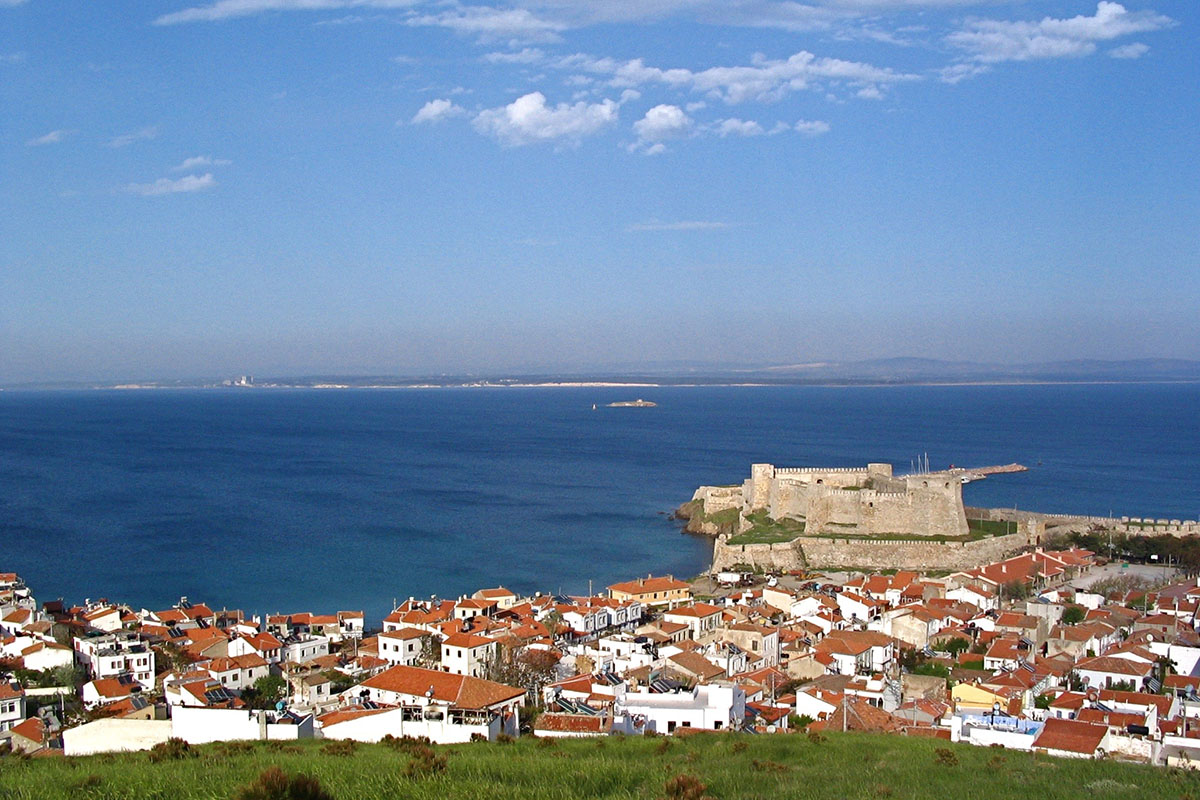 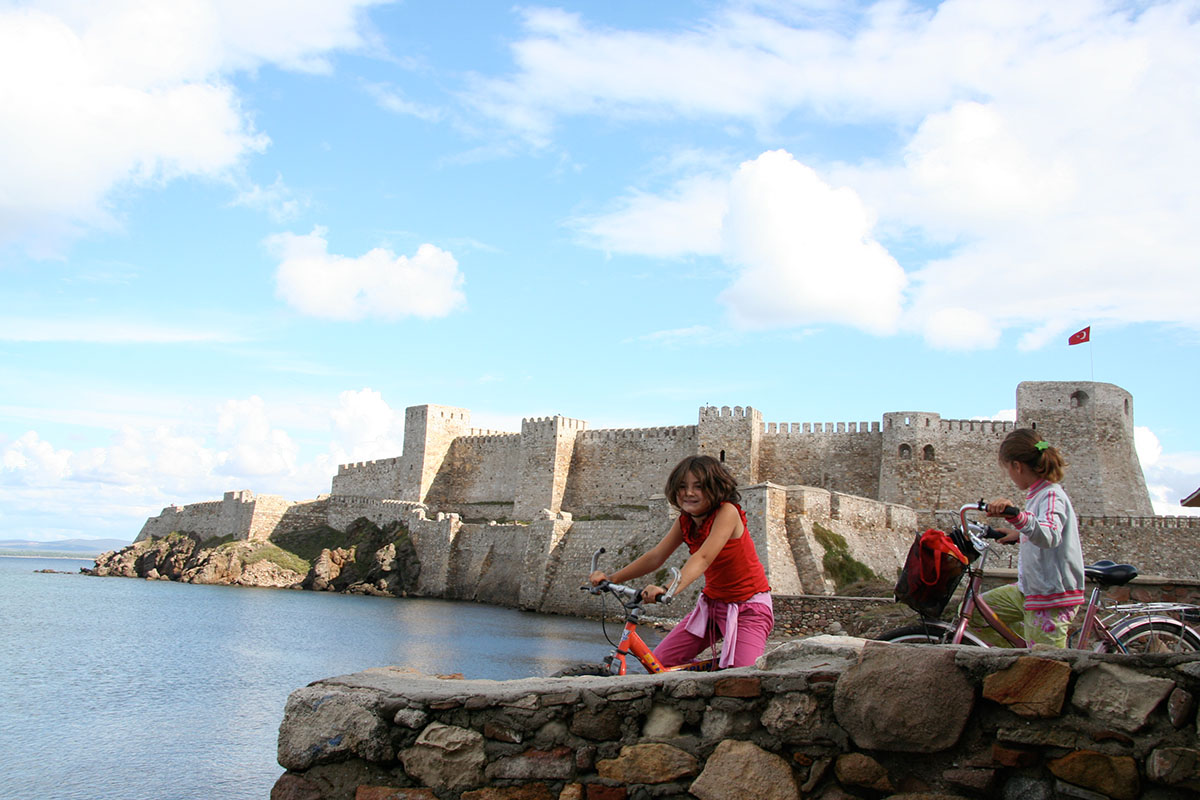 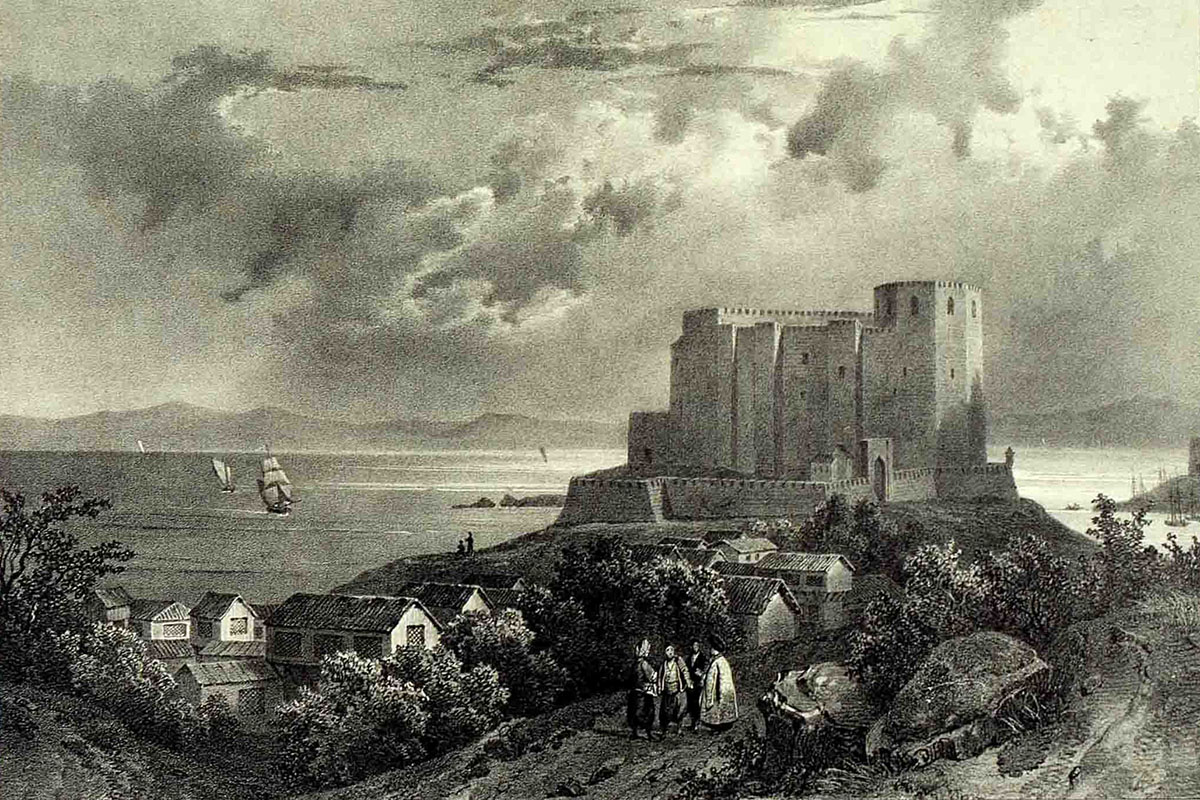 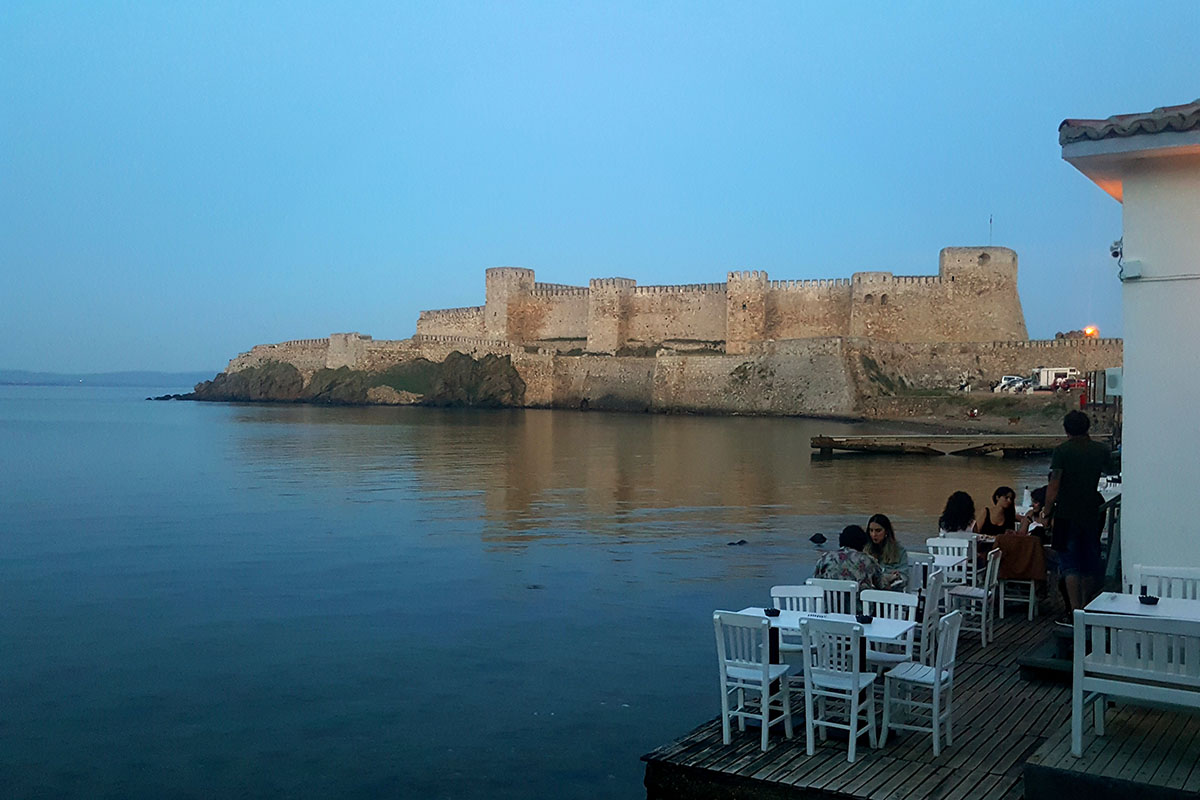 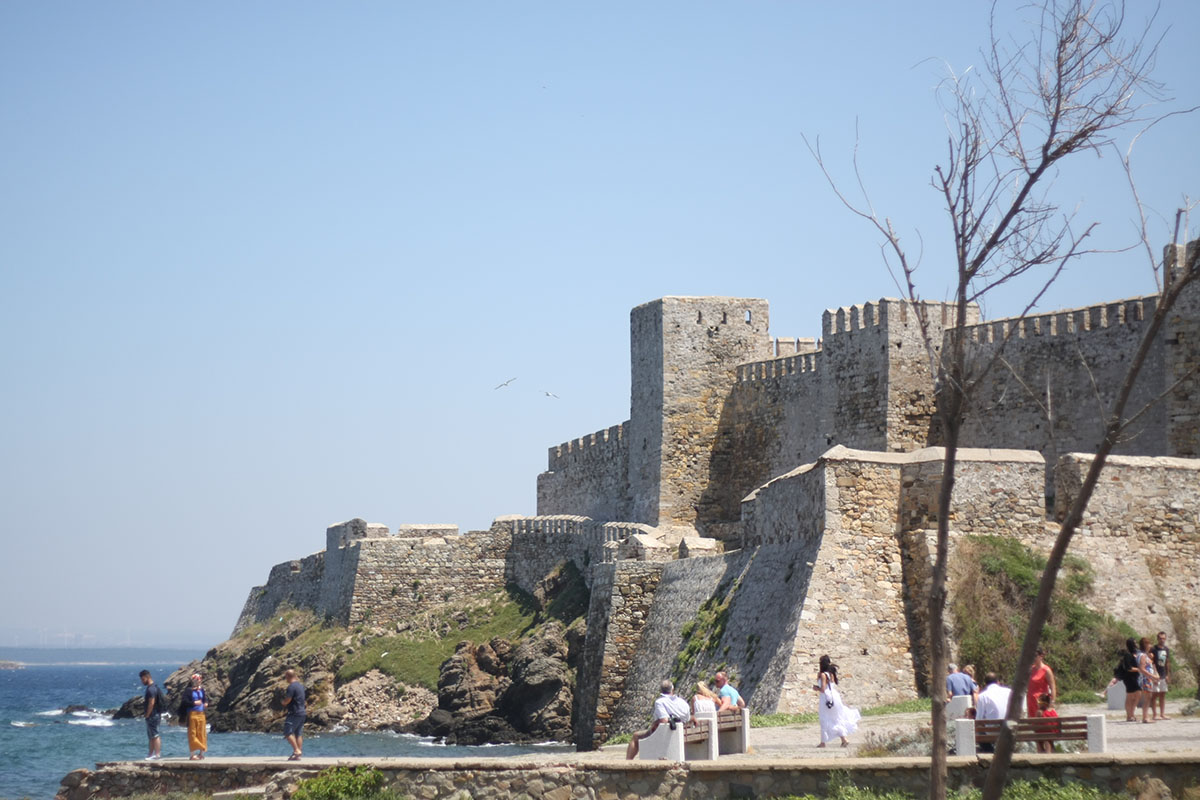 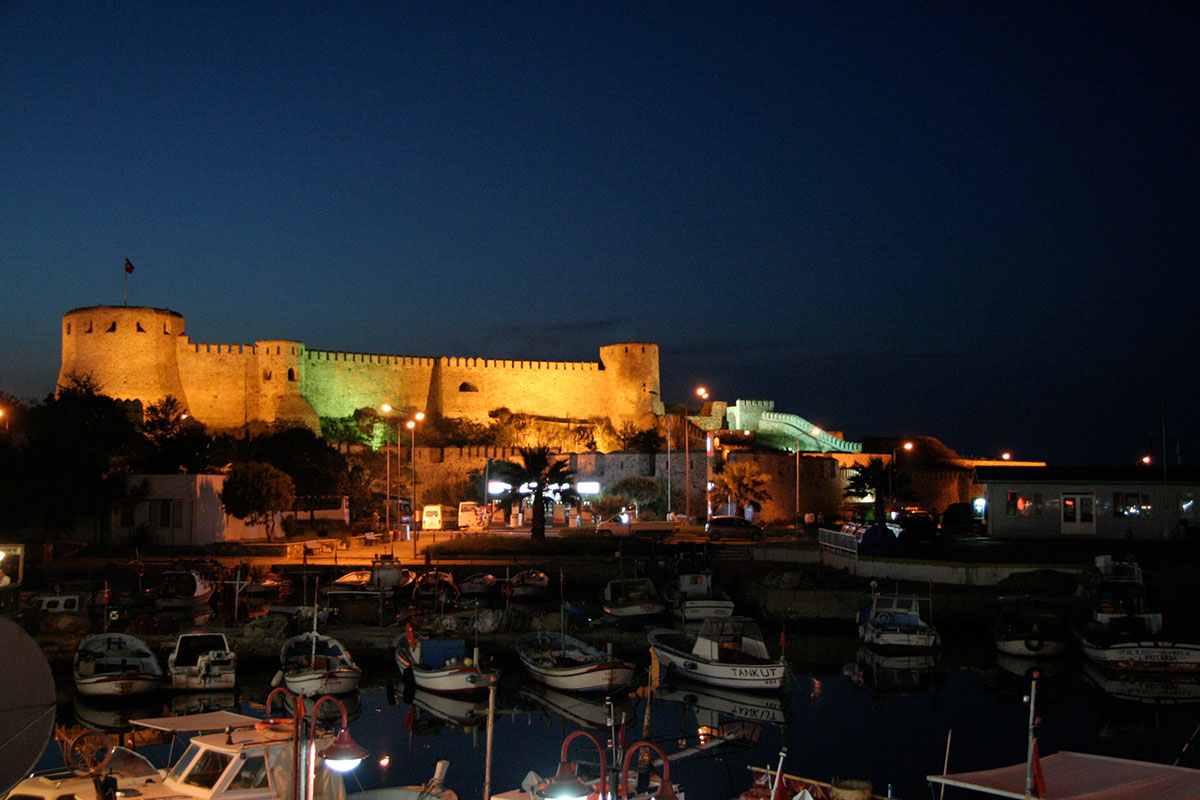 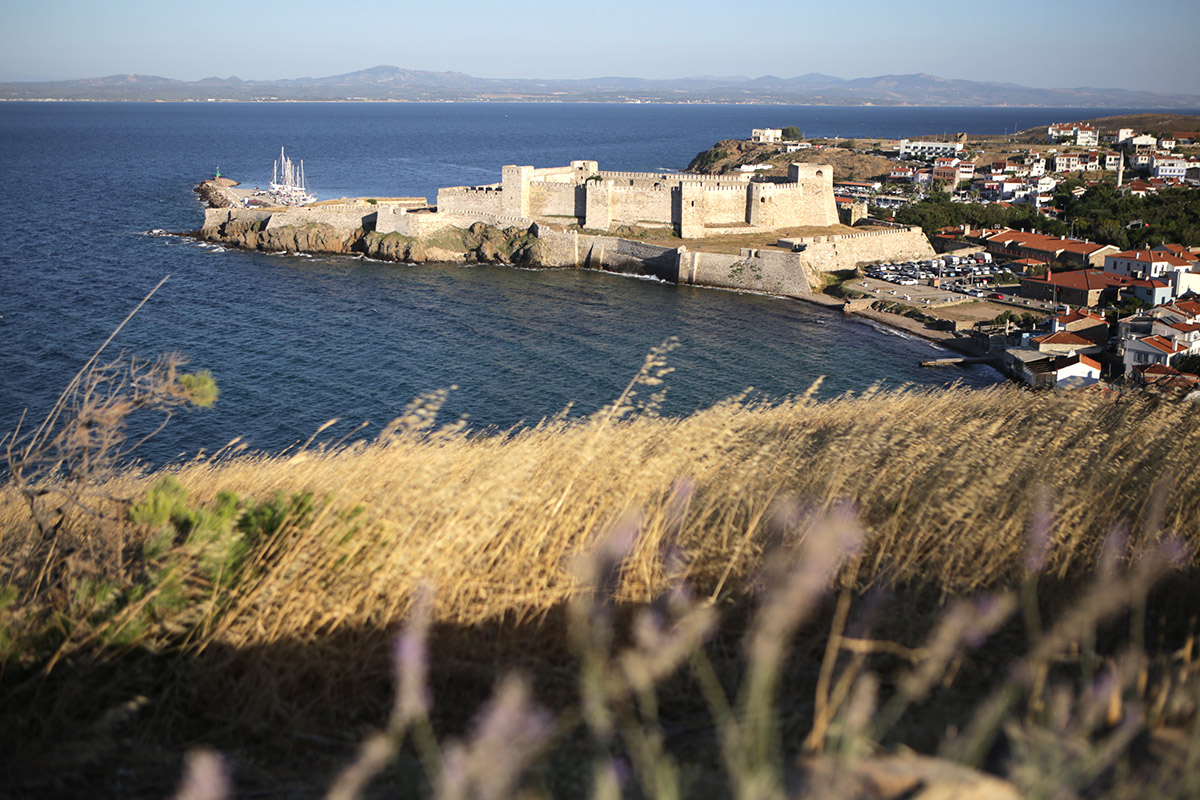 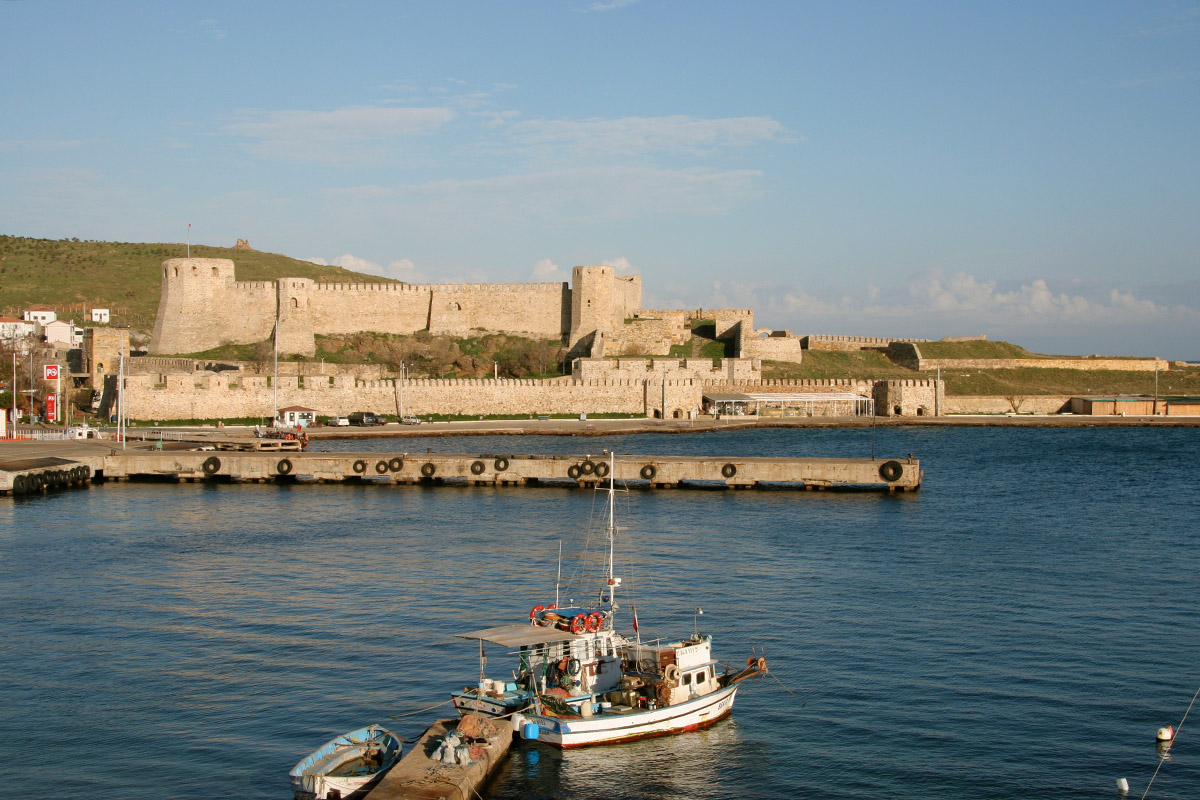 As you approach the island by boat, the first site to attract your attention will be the imposing, majestic castle of the island. Don’t be surprised to find such a big castle in this seemingly small town. The grandeur of the castle reflects the rich past of the island. Since the island is located at the mouth of the Dardanelles, so close to the mainland it has been open to invasions throughout the centuries. All those civilizations that lived here felt safe under the protection of this big castle. It still exists but has long forgotten its reason for existence, waiting for curious visitors to come. Many things have changed since the days of the guards that were on watch for the pirate ships at the city walls. What has stayed the same is the northeast wind, the ‘poyraz’ blowing over its head, the crows flying above and its proud, upright posture...

Bozcaada Castle is one of the best preserved castles of Turkey. However, formerly known as Tenedos who has built it for the first time and when, nobody knows. The form of the existing castle dates back to Sultan Mehmet the Conqueror’s time, when it was rebuilt on the ruins of that castle used by the Phoenicians, Genovese, and the Venetians (1455). During the period of Köprülü Mehmet Pasa, it underwent a major restoration after the damages caused by the fights between the Venetians and the Ottomans (1657). During the reign of Mahmut II, it was almost completely rebuilt and has kept its appearance ever since (1815).

The castle which is located on the north-eastern end of the island is surrounded by a ditch which had once been full of water. Once upon a time the entrance to the castle was via a suspended bridge. Now, however there is a stationary bridge leading to the entrance. And there is no one inside the castle which was inhabited by the Turkish population in the past, along with their two mosques.

In the inner castle, there is a room where amphorae found around the island are exhibited. Besides, in the castle many tomb stones and historical objects found in the island are being exhibited.
The castle is open for visitors everyday between 10.00 - 20.00.

As you approach the island by boat, the first site to attract your attention will be the imposing, majestic castle...

The ferry from Geyikli arrives at the town centre, which is the most densely populated part of the island.

A monastery found in the south of Bozcaada belonging to the Christian congregation.

Goztepe, which is the highest point (192 m.) on the island, has an impressive bird’s-eye-view of the surroundings...

There are six wineries on the island. .

Perhaps the sunset that is waiting for you at the west end of the island is going to be the most fascinating sunset you’ll ever see in your life.